The garden is finally starting to produce. I picked my peaches a couple days ago as the Jays had found them. They are ripe enough to soften indoors the rest of the way. Good! But now I’m itching. Those little zucchinis were growing on huge stickery plants, darn’em! And I chased the doe out before she got to the beans again. She was outside the window munching my America roses, darn’er! And the cherry & pear tomatoes are over=growing my big Brandywines and so they aren’t getting the sunshine they need. I guess I’ll have to prune some more. Next year those little sprawly guys are going in pots out in the danger zone. Let the doe prune them! My big ones need more room.
But I got several of those white eggplant fruits and there’s more of the japanese types, too. And I have a standard one a pot but it’s not ripe yet. Oh, and the bell peppers… They have done really well in spite of the fact that I cut the top out of one accidentally with the first pepper I cut. 😦 But Now we eat!
and we’re making looms again so if you have an order due… keep the faith, we’re getting there!

One of our weavers sent me these photo’s of a wrap she made, Valerie Dawson was inspired by Zann Carter’s Mangos for Breakfast. Both these woman are so creative! You may remember that Zann won in HandWoven Magazines sock yarn contest last year using our triangle loom. It’s good to see she’s still at it and still inspiring other artists! Thanks to Valerie for letting me post the photo’s of her wonderful wrap!
Valerie says, “This is my first piece with the triangle loom. I loved a Zann Carter piece called Mangos for Breakfast and this is my interpretation in carnival colors. It is very light weight so perfect for Arizona (or California) evenings.” Her first piece! She’s off to a great start! 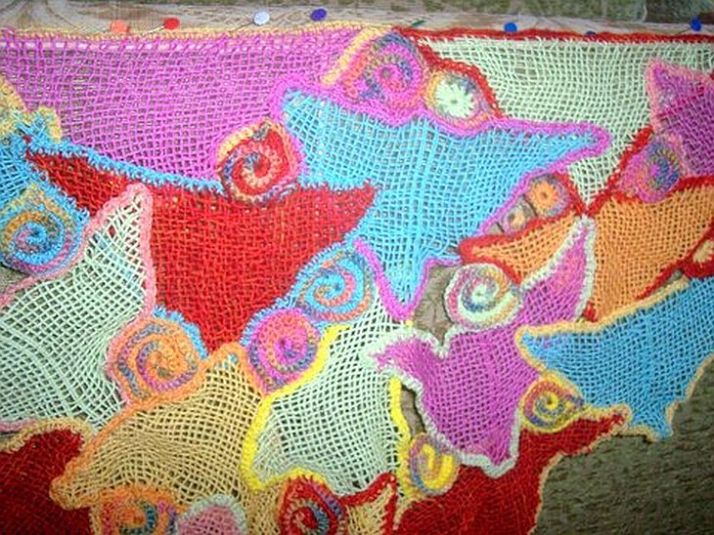 We have a roof! 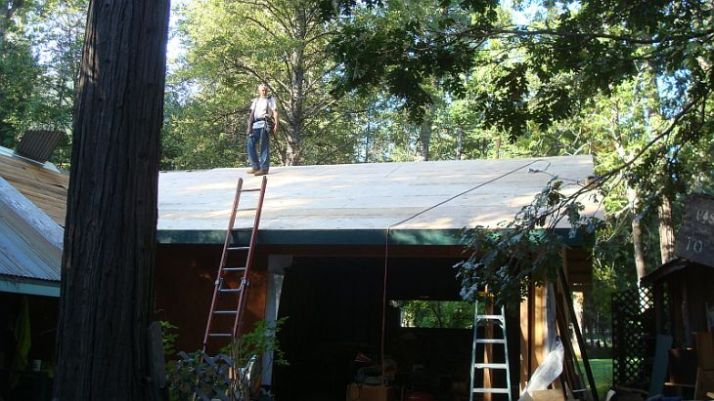 They are putting the roof sheeting on today. We are making rapid progress! 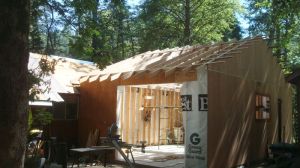 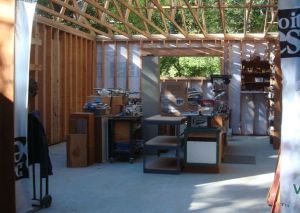 The trusses come tomorrow and we’ll have a roof soon! 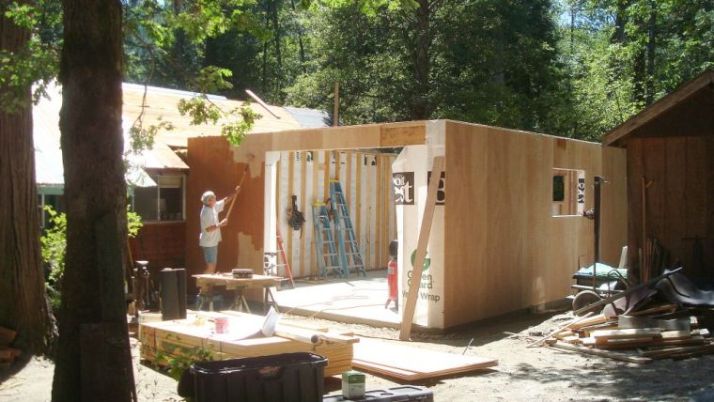 We took the boys to the airport on Friday and they are back home now looking forward… maybe… to the next school year.
Meantime, the slab is poured and the forms pulled. The truck delivered the lumber this morning and Randy and his carpenter have already got most of the heavy double wall between the house and the shop built and it really standing now. They’re having lunch but I’ll bet this one and maybe more will be up by quitting time if it doesn’t get too hot. We should have most of a new space by the end of the week. X your fingers!